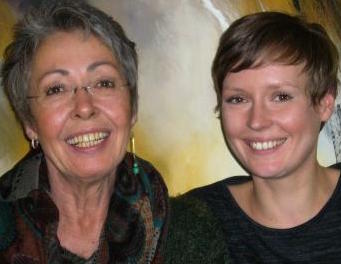 The 'Zeitgeist' has reinvented the image of the "good mother" over and over again. For thousands of years, the mother was feared and worshipped as the origin of life. She has been projected with taboos, used as a bearing machine and kept under control. She was an object, not a subject.

In the 19th century there were the pictures of the selfless, self-sacrificing mother. In the 20th century the image of the "good German mother" was celebrated, Mother Crosses of Honour were awarded and Mother's Day got a special importance. Womanhood fulfilled in motherhood.

Now, in the 21st century it is indicated to women that: Everything is possible! But regardless whether a "woman" remains at home with her children, or returns to her profession at an early stage, there are always mothers or experts who know better. There are downright "trench warfare’s" among mothers as to how a "good" mother should be. Which mother hasn't experienced the showering of well-meaning advice immediately after birth? It seems that, never before in history, have there been so many insecure and anxious mothers, who continually fail to fulfill the expectations placed upon them.

Using the Psychotraumatological Identity Therapy, Birgit Assell and her daughter, Lara Fischer together, with mothers and grandmothers, would like to find out, how self-determined we can live our feminine roles as a mother or in being a woman, whether we follow social beliefs of "motherhood", or to what extent our own mothers and their images of the mother role, are still effective in us.

Birgit Assel, born in 1960, Dipl. Social worker, married with two children and two grandchildren, active in private practice since 1998. Since 2007, with the focus of the multi-generational Psychotraumatology by Prof. Ruppert. Co-author of "Early trauma", therapeutic support, seminars, supervision and since 2009 provides advanced training.

Lara Fischer, born 1990, animal psychologist, specializing in dog behavior counseling and therapy. Since February 2013 mother of twin boys, who have turned her life upside down, and have challenged a complete reorientation of her life plan, according to the motto: Twins are not wished for, they're a gift.